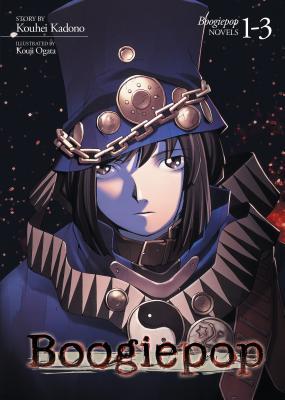 There is an urban legend about an Angel of Death that puts those in pain out of their misery. This “shinigami” has a name—Boogiepop. When female students start disappearing from Shinyo Academy, everyone assumes the girls have run away, but Kirima Nagi knows something sinister is afoot. Something that might just involve Boogiepop…and an entity even more malevolent.

Told in a non-linear fashion that asks the reader to piece together the sequence of events to solve the mysteries alongside the characters, this special omnibus edition contains the first three volumes of the Boogiepop novel series, spanning the introduction of the shadowy Towa Organization, as well as Boogiepop’s epic battle against the creature known as the Imaginator.