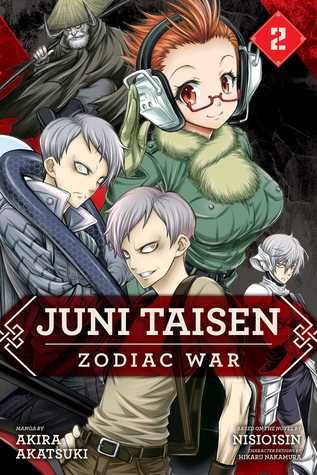 Every 12 years, 12 fighters take the form of the Chinese zodiac and engage in a battle royale. With their strength and mysterious powers, they fight to the death and the sole survivor is granted the ultimate prize—any wish.

With several of the fighters already dead, the Zodiac War is in full swing! The biggest danger the remaining fighters face is Usagi, the fighter of the Rabbit. He has the unique ability to control the dead bodies of those he’s slain, putting his opponents at a huge disadvantage! While Usagi and his undead army rampage in the streets above, Chicken and Rat lay low underground with Monkey, who is determined to settle the battle with as few deaths as possible.

*******
Read and reviewed the first one, so of course I’m looking forward to the second one