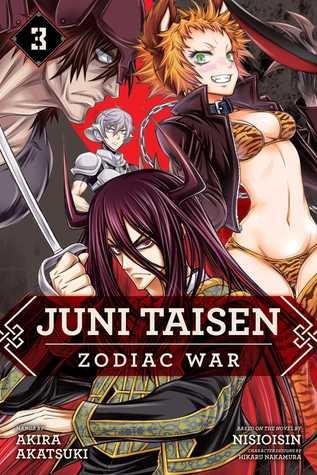 Every 12 years, 12 fighters take the form of the Chinese zodiac and engage in a battle royale. With their strength and mysterious powers, they fight to the death and the sole survivor is granted the ultimate prize—any wish.

With half of the fighters down for the count, the Zodiac War rages on! Usagi—the fighter of the Rabbit—and his undead army continue to rampage across the battlefield, intent on destroying anyone who stands in their way. For an honorable fighter like Ox, Rabbit’s desecration of and complete disregard for human life is unacceptable. To obliterate this heretical army, Ox teams up with an unlikely ally—the drunkard Tiger!